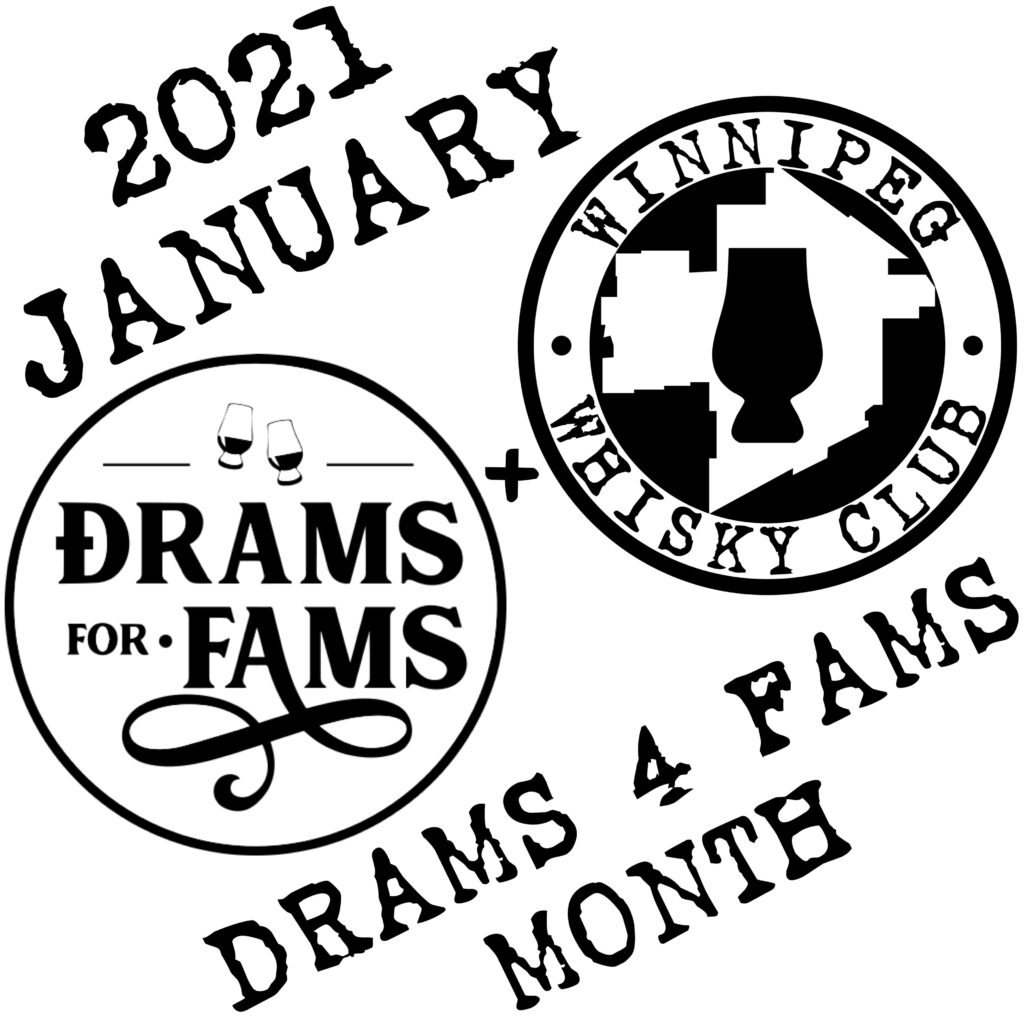 To kick off the new year, I have designated January 2021 Drams for Fams month. For those who don’t know, Drams for Fams is a movement among whisky clubs around the world to support the community through charity, which was started by a friend of the Club Travis Watt in his Edmonton Scotch Club. So far the movement has inspired global clubs to the tune of $150K.
So for each event in January, $5 per ticket will be donated to Children’s Hospital Foundation of Manitoba!
I’ll also be raffling items in each event with proceeds going to same. If you have a sealed bottle of whisky or other fine spirits, Sherry, port or etc you’d like to gift to the club for this purpose get in touch with me.
The events will be held as follows:
January 7 8pm – Dram Room IV
January 13 8pm – Dram Room V
January 27 7pm – Club Night
Check out the announcements above for info on the two Dram Room events coming up.

Looking forward into February and March, the following dates have already been tentatively scheduled: